Friend, your season is in full force by now, infusing your spirits with energy, joy, and creativity.

But watch out for dramatic behaviour while the Sun inhabits his favourite sign. It’s easy for things to get blown out of proportion. The month begins on a restless note on August 2, when Venus squares spontaneous Uranus. Those who are attached may feel like spicing things up or having confrontational conversations. You may feel drawn to creating a new image for yourself while these planets square against each other. If you can, stick to fun and thrifty additions to your closet over investment pieces. The Sun trines lucky Jupiter on August 7, helping us to look at the world with a more optimistic lens. This is a beautiful day to recharge your soul and act on opportunities that you’ve been waiting for. Charming Venus trines lucky Jupiter on August 8, making it easy to reconcile your differences with loved ones and build healthy relationships. Let this easy-going energy lead you towards impromptu hangouts with new friends or potential lovers. It’s a wonderful time to put yourself out there. Jupiter, the planet of expansion and travel moves direct on August 11, bringing us new experiences and lessons to draw from. We’ve had the chance to reflect on your shared wisdom, luck, and ideas of what progress looks like since April 10 of this year. Learn to trust your intuition as the lucky planet moves forward this month. Uranus, the divine awakener, goes retrograde on August 11, flipping a switch on his energy.

Changes will occur more noticeable internally, rather than externally while the mysterious planet moves in reverse until January 10, 2020. Commit to working on yourself while Uranus moves backward rather than striving for intense physical, worldly change.

Soak up earthly pleasures on August 14, when The Sun conjuncts sensual Venus. It’s a brilliant day to connect with friends and let loose. Avoid going overboard by knowing your limits and making time to be alone with yourself in preparation for the following workday. Tensions regarding your collective sense of independence run high on August 15 as you will be greeted with a Full Moon in Aquarius at 8:29 a.m. EST. You want to create new rules for yourself, making it a great day to conceptualize plans and creative projects. Be patient with yourself on August 16, when thought-ruler Mercury squares a retrograde Uranus. This square can create frustration in lack of outward change. Focus on removing your bias and getting comfortable with your journey of inner growth. You’re ready to move forward and express your learnings on August 21 when chatty Mercury trines expansive Jupiter. It’s an opportune time to consider trips you’d like to take as both planets move direct. The limelight loses a little lustre on August 23 when the Sun moves into practical Virgo, calling your attention towards precision and accountability. Virgo is a sign that values the binary code — the world becomes a black and white place. Be careful as you make decisions and weigh options carefully while the Sun lights this pragmatic sign. It’s easy to convince others on August 24, when charming Venus conjuncts fiery Mars. There’s a new seductive vibe in the air — read between the lines when these planets move together. You could pick on something you didn’t see before. Take a leap of faith on August 26, when Venus trines a retrograde Uranus. If you’re single, open up your idea of what a perfect potential partner looks like and muster up the courage to put yourself out into the world. You could find yourself in an unexpected match while these planets complement each other. Be ready to change your schedule at a moment’s notice, as delightful surprises could be around the corner. You’re in an edgy mood on August 28 when bold Mars trines a rebellious retrograde Uranus. Take time to explore your feelings before you act on them while these two combustible planets work together. It’s an opportune moment to launch your projects and figure out an action plan that inspires you.

Look to enlighten yourself on August 29, when the Sun trines enigmatic Uranus. It’s a day of profound personal change, thanks to the retrograde of Uranus. Take a moment to yourself to remove yourself from outside influence and consider the person you’re becoming as these two heavenly bodies work together. A New Moon in Virgo arrives on August 30, helping to sharpen your actions. The new Moon will conjunct action planet Mars, helping to make us more productive, but also more hot-blooded. Quiet your mind during the New Moon and set intentions to the way that you would like to express a new sense of organization and clarity. 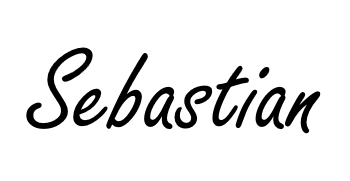