Let’s consider some famous folk signs about the weather according to the Moon. In the old days, great importance was attached to how the young Moon is located – horns up or horns down. It was believed that the recumbent Moon (that is, with its horns up) portends bad weather (“Molodiks hang with their belly down – on the board”); if in the first quarter the lunar crescent is in a standing position approaching vertical, or in an oblique position, then this portends dry weather; a lying month – to rain; “The young month has horns at midnight (up) – it will be cold in winter, and windy in summer.”

Folk signs about the weather on the moon

If the month has a thin lower horn and thick upper horn, then the first half of the month will be fine, the second rainy, and vice versa).

• With a new moon and with its expiration, the weather changes: damp to dry, warm – to frosty, cloudy – to clear.

• During the new moon there is rain or snow, on damage – too, the rest of the time precipitation is random, with a full moon – rare.

• If the juvenile (young month) is blown by the wind – the whole month will be windy.

• If juveniles are washed with rain, it will be rainy all month.

• The young month is gentle – the whole month it is raining.

• When the month is born with its horns down (to the south), it will be warm in winter and hot in summer; when the horns are up, it is cold in winter and windy in summer.

• If at the beginning of the month the Moon is turned with its horns towards the sky, and its roundness towards the earth, then there will be sunny and warm weather for several days. She can stand like this all month.

• If the Moon hangs in the sky with its horns down and upside down (last quarter), then it will be cloudy and rainy for a long time.

• When a young moon stands on the horn, it is called “tekun” and foreshadows rainy weather.

• The young month has horns at midnight (up), it will be cold in winter, and winds in summer.

• Horns of the Moon are sharp and bright – to the bucket. Steep – to frost, sloping horns – to bad weather.

• Clear steep-horned Moon in the summer – to the bucket, in the winter – to the cold. ADVERTISING

• If the month is in a dim haze, there will be prolonged bad weather. • Clear, roundish Moon – in winter to cold, in summer – to the bucket.

• If the month seems large, reddish – it will rain, foggy – the weather will turn bad, very white and shiny – it will be cold. Greenish month – for rain.

• The moon turned red – wait for the wind-shot.

• A month in a dim haze – to lingering bad weather.

• If in winter the Moon is paler than usual and multi-colored stripes are seen on it, then expect a strong storm with a snowstorm. • A ring around the moon – to the wind, cold and harsh weather.

• If the circle around the Moon is large at first, and then gradually decreases, then rain or wind will be for sure; if the circle expands and then disappears, then wait for good weather.

• Moon with surroundings – to frost.

• Foggy circle for about a month (in winter) – to a blizzard.

• A bright circle near the moon in clear weather foreshadows rain.

• Rainbow circle near the Moon – to winds and bad weather.

• If a ring appears near the moon and immediately disappears, even before the morning the weather will deteriorate.

• Folk omens about the weather on the moon. If a circle is formed close to the Moon, it will rain on the next day; if it is far away, in one, two, three days there will be a blizzard in winter.

• Garden for about a month – to variable weather.

• If a circle appears around the moon during the full moon, there will be bad weather by the end of the month.

• A reddish circle near the Moon, soon disappearing, – towards the bucket; two circles or one dull – to frost.

• The moon, which has a clear circle around it, expanding, then disappearing, promises clear weather, if the moon has two or more such circles or one, but foggy and indistinct, then this is to frost; if the circle is red – wait for the wind, and in winter – for snow.

• If snow falls on the new moon, it may melt soon.

• Bad weather in the new moon – at the end of the month it will rain like a bucket.

• On the fifth day after the new moon, there is almost always a strong wind.

• If on the sixth day of the new moon the month appears fiery red, there will be wind.

• Three days before the full moon – a change in weather.

• Before the damage to the Moon in three days – a change in weather.

• After the birth of the Moon in seven days – a change in the weather.

• If the change of the moon (the moon is born) occurs in the morning, the weather will be warm, and if in the evening it will be cold.

• Folk omens about the weather on the moon. If the moon gets dark as it approaches the horizon, expect rain.

• During the full moon, a bright and clear month – good weather, dark and pale – rain.

• What the weather is at the expense of the moon, this will be throughout the entire quarter.

• During the transition (the end of the last quarter and the beginning of a new one), it is mostly bad weather.

• It usually rains on the damage.

• The last quarter of the moon is rotten.

• In a young month, the fish bite well.

• Cutting timber in the full moon, cut down on damage – decays.

Folk omens on the moon and wind

The appearance of a young moon in windy weather was considered no less important. It promised snow or rain. Moreover, if the change of the month occurs with a northerly wind, the weather will be bad all month.

For the full moon, it was decisive which side the wind was blowing from: a full moon with an easterly wind brings cold weather for a long time. The appearance of the month in the fog foreshadowed a long bad weather, and if the month was clearly visible – dry weather. 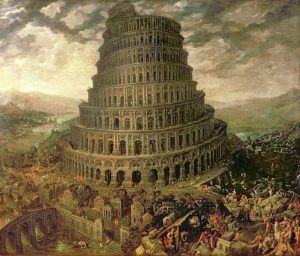