Marilyn Monroe listens while smoking at Costello’s restaurant in March 1955 in New York. Born with Lilith in Leo.

Lilith, the Black Moon, a mysterious moving mathematical point, has a primal potency that spreads its roots and feelers beneath the surface of things, erupting upwards sometimes in a rustle of dark leaves or a flare of gunfire.

We each hold this potential — more or less — in ourselves. It shows somewhere in your birth chart and mine. Those with Lilith Rising or on the midheaven cannot help but embody her more obviously to the rest of us, naturally, but there are other ways and places that the Black Moon makes herself felt.

(For astrologers: I use “mean” Lilith but may note the space between mean and true.)

Because Lilith is a point created by the interaction between the Sun and the Moon, she moves with the same clockwork timing as the two Lights — strictly forward, with no retrogrades. Lilith take about nine years to move through the zodiac, nine months to move through a sign, and about nine days to move through a degree — a satisfying number of near completion for numerologists, a period of gestation.

According to legend, she was the first wife of Adam, banished to the outer wastes for having the temerity to want to satisfy her own desire. It’s said that she wanted to straddle the first man during intercourse, and when he refused the left him. In the wastelands of the Red Sea, or thereabouts, she lived as a demon, kidnapping babies — and doing whatever she liked one supposes.

Astrologically, her significance is still the subject of some debate or dispute. She has been used by European astrologers since the 1920s — especially in France and Germany — but the English-speaking world is catching up. Like everything in astrology — planets, signs, angles, points, fixed stars — Lilith has both positive and negative effects.

From my experience, Lilith relates to: love-triangles and infidelity, being the other man or woman, sexual allure and attraction; both feminism and misogyny; abortion, miscarriages, infertility; adoption and lost children; outsiders, wildness, taboo-breaking, rule-breaking, sheer outright craziness; wild beauty, wilderness itself and being cast into the wilderness; both inability to love and fierce desire; aloneness; witchcraft and magic; natural power; abuse and retribution. There is more, but suffice to say, I never disregard Lilith when looking at a chart.

Here is an example of Lilith in action. This is Carlos Santana’s chart. He made the song Black Magic Woman famous. Lilith is in the 9th house of broadcasting, opposite his Mercury (words) in Cancer, and she is the only thing above the horizon. Without that beautiful, wild Lilith energy in performance would there be Santana?

What of Lilith in Leo?

Leo is a sign associated with childhood and its delights. I have observed though, that people with Lilith in Leo, especially when Pluto is involved, may have actually survived some form of sexual abuse or in some other way had their childhood stolen. A couple of famous examples are Marilyn Monroe and Rihanna, both of whom had pretty traumatic childhoods but then turned that Lilith in Leo into scorching charisma, another attribute of Leo. Monroe’s Lilith is in her first house, making a conjunction with Neptune, the planet of the silver screen. Where Lilith works, we can have astonishing allure. Leo is also a sign of kings and queens: Elizabeth II, JFK, Vladimir Putin and Barack Obama all have Lilith in Leo. And arguably, they — along with Rihanna in particular — show a kind of unboxed regality.

So what do we make of Lilith as she travels through the Zodiac? How do her transits work? Last year’s transit through the sign of mothers and the USA, Cancer, certainly chimed with the overturning of long-standing abortion rights and the subsequent public pushback in the US. But this year, we’ll be seeing Lilith in the sign of high drama — also hair: it’s a Leo thing! The women of Iran have already demonstrated the power of hair, but they were cutting it. What if we all grow giant manes?

African-American intellectual, Angela Davies, showed the political power of big hair as a statement of identity back in 1970. She has Lilith in Leo natally — obvs.

Leo is also a highly creative sign. Paula Rego, who painted a series on abortion, had Lilith in Leo, and so did Virginia Woolf (opposite her Mercury and sextile her Mars in Gemini), who broke all the rules about what a novel actually is, and, of course, wrote A Room of One’s Own, on the Lilith theme of aloneness and the creative process. So we may expect art around Lilith subjects — female power and disempowerment, outsiders, unbridled desire, black magic women….

The film of the musical Hair was released while Lilith was in Leo.

More on this soon…

PrevPreviousFull Moon in Cancer January 2023
NextA Look At The Year Ahead: Tomorrow’s Q&ANext 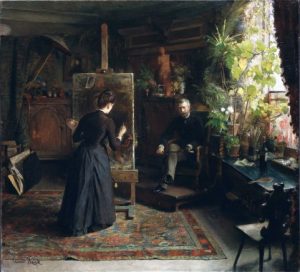 Bertha Wegmann Painting a Portrait. Jeanna Bauck. Get your canvases primed, your paintbrushes cleaned, your 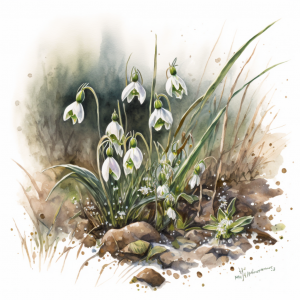 It’s a week of two halves. The first part of the week is characterised by 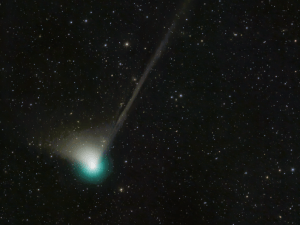 If you’re lucky and the skies are dark and clear near you, you may be