On June 10th, 2021 we have a powerful New Moon and Annular Solar Eclipse in Gemini.

Nothing obvious may happen, because Solar Eclipses, much like the New Moons, are rather subtle. However, if we were to accurately trace the most important turning points of our life, we would probably find out that they originated at a Solar Eclipse.

In an Annular Eclipse, the disk of the Moon totally covers the Sun just like in a Total Eclipse, but because the Moon is a bit farther away from the Earth than usual, there is a ring of Sun around the edge of the Moon, which looks like a ring of fire, or a halo.

A halo has a deep spiritual meaning, symbolizing resurrection, or the idea that what is holy and divine (the light) cannot be overcome by darkness.

Why are Annular Eclipses different?

To better understand an Annular Solar Eclipse, let’s come back to the anatomy of the New Moon and of the Solar Eclipse.

Normally, the Sun and the Moon have the same size (of course, as seen from Earth). That’s how eclipses are possible.

A Solar Eclipse always occurs at the New Moon, when the Sun and the Moon are in the exact same area of the sky. On a New Moon, the Moon is invisible, because it is so close to the Sun, we just can’t see it. The Sun outshines it.

What about a Solar Eclipse? A Solar Eclipse is a ‘special’ New Moon. Yes, the Sun and the Moon are still conjunct, they are still in the same area of the sky. The Moon should be invisible, because it is outshined by the Sun, right?

A Solar Eclipse is a fated new beginning, something that happens TO us, and can present itself in the form of an opportunity, or a demand to adjust to a new situation.

HOWEVER. Since the Moon is a bit farther away from the Earth than usual, she doesn’t get to fully cover the disk of the Sun. Because she’s a bit smaller, we get that ring of fire, or the halo effect.

We can still see the disk of the Sun. We know the Sun is still there. The light is not overcome by darkness.

And in the fertile union of the Sun and the Moon, something special, something divine emerges. Annular or halo Eclipses are windows into the divine.

Have you ever thought why saints or important spiritual or religious figures are depicted with a halo around their heads? To draw attention to their message. A Halo is the sign of a divine message, a very important message, a message that cannot be overlooked

The Eclipse is at 19° Gemini and it is conjunct Mercury retrograde.

Mercury is retrograde, bringing a deep spiritual message that will change us at an identity level. The lights may go off, but the trace of light that remains will guide us to discover what is otherwise invisible to the eye.

In the heart of the Sun, we are called to find answers from the informatic fabric of our being.

Mercury (or Hermes) is the only god who has the freedom to travel through all of the worlds: heaven, the earth, and the underworld.

Similarly, our mind can travel into the past, present, and future, or from the superconscious, the conscious, and the subconscious.

When Mercury is conjunct an eclipse, our awareness is razor-sharp. Right now, we have the unique ability to communicate with the different parts of our brain, AND with the brain of the Universe, the brain of infinite possibilities.

The most important aspect the eclipse makes (apart from the conjunction with Mercury) is a square to Neptune.

Mercury-Neptune squares in general have a reputation for being confusing.

Mercury is all about facts, what we can see with our eyes, what we can decode with our senses. Neptune is everything we cannot see – our intuition, imagination, and creativity. Multiple Mercury sensorial inputs come together to create something that hasn’t existed before.

Dreams are a good example of Neptune’s process of rearranging existing information to create something new.

Dreams can be confusing, we all know that. But dreams can also be illuminating. What’s not fully processed during the day emerges at night, to find new paths of exploration and expression. Dreams help us navigate through life and find new answers to old problems.

Once this new mental image is created, we can then go ahead and pursue it, and materialize it in the real world. But we need this Neptune mental possibility first.

Neptune also dissolves things that are otherwise difficult to untangle. Again, let’s take the example of dreams. During the day, we have millions of thoughts and mental imprints. If we didn’t sleep, we would go crazy and run out of brainpower.

When we sleep, those thoughts and mental imprints that are not necessary or relevant are “deleted” or moved to the cellars of our psyche (in our modern times, we move them to the cloud). We can retrieve them when needed. But right now, no need to keep them in our RAM.

Who decides what’s important and what’s to be archived?

At this Mercury and Neptune flavored Solar Eclipse in Gemini:

Ask Neptune to dissolve what’s no longer needed – but also invite him to create new possibilities for you.
Listen to what Mercury retrograde has to tell you. It’s not that you haven’t heard it before. But this time, you may discover new nuances and deeper meanings.
Finally, let the union of the Sun and the Moon guide you to that part of your Self that you need to reinvent and recreate. You are the result of billions of years of evolution, yet you are not your past. Just like the planets and the galaxies, you are in constant motion and evolution.

Join 49.000+ other followers and subscribe to weekly Astro Butterfly updates: 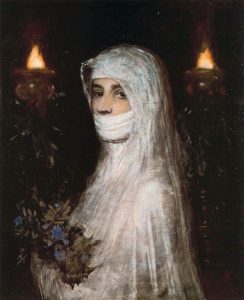