Stones. Minerals. Gems There are several ways to heal with the energy of minerals. The first, and most ancient, is the wearing of certain stones on the body as amulets that protect against a particular disease. For example, amulets made of turquoise were considered in the countries of Africa and the East as a good remedy for the bites of poisonous snakes, turquoise is also useful for the prevention of eye diseases. And if your turquoise amulet has changed color from bright blue to dull green, this is a sure sign of serious ailment, since the stone is sensitive to bodily secretions. Amethyst treats alcoholism and infertility, protects against poisoning, improves memory. In ancient India, it was believed that the ruby ​​is a universal medicine: it helps against blood loss, and diseases of the stomach and heart, and headaches, restores vision, cures fevers, loss of appetite and even insanity. Wearing topaz around the neck relieves asthma attacks, and saves it from insomnia. Chrysolite (peridot) treats exhausted nerves, cardiovascular diseases, insomnia and childhood stuttering.

Gems. The second way is the use of ornamental stones in the interior so that their energy spreads to everyone living in the house. Here, the surfaces of the floor and walls are faced with energy-intensive stones, interior details are made – countertops, bathtubs and sinks, decor items, and the room is decorated with statuettes and stone crafts. Malachite, onyx, turquoise, marble, jasper, agate, lapis lazuli and others will have a powerful beneficial effect. A druse of amethyst or rock crystal, placed next to the head of the bed, drives away bad dreams and cures insomnia, protects against negative effects.

The most popular “interior” stone today is jadeite. This mineral is recommended for use in “wet” rooms – bathrooms, saunas, swimming pools, baths, because the properties of the heated mineral are greatly enhanced, and the steamed body is easier to perceive the healing effect. In Japan and China, jadeite was considered a stone that brought immortality, in ancient Mexico, jadeite was valued higher than gold – it was believed that it could heal deadly diseases. In ancient times, only the highest nobility of the state could afford the bath rooms lined with jadeite, today we can “join the imperial joys”. Jadeite is a great healer, acting on almost all areas of the body, possessing the strongest antiseptic effect and positive energetic influence. It strengthens the nervous system, improves blood composition, evens out blood pressure, treats osteochondrosis and rheumatic pains, kidney diseases and much more. It is extremely useful for men – jadeite restores and increases potency, protects against diseases of the genitourinary system and treats diseases associated with the prostate.

Shungite stands out among the stones – a unique mineral, which is more than 2 billion years old. Its origin has not yet been determined – it is believed that it has meteorite roots, and shungite deposits are found only in Russia, in Karelia. Shungite has a lot of useful properties, both medicinal and energetic. It has a general healing effect on the body, enhances immunity, protects against cancer; shungite water, infused with the mineral, is used as an antiseptic and anti-inflammatory agent, treats psoriasis and skin diseases, allergies, stomatitis and periodontal disease, is useful for vegetative-vascular dystonia, diseases of the gastrointestinal tract, heals wounds and burns. Shungite pyramids energetically cleanse the space, keep it from the evil eye and damage, neutralize harmful electromagnetic radiation from modern electrical appliances …

The third method, which has recently become fashionable among those who care not only about health, but also about maintaining beauty and youth, is the so-called stone therapy, or bioenergetic massage using stones and minerals. The name comes from the word stone (English) – stone. The roots of this practice lie in ancient times – such techniques existed even before our era in Icelandic, ancient Christian and Indian cultures. The energy of the stones eliminates tension and stress, neutralizes negative external influences, and promotes relaxation of the body. The stone has a certain effect depending on the origin, structure and color. There are several types of stone therapy, depending on the desired effect.

The most common is hot or cold stone massage. For a hot massage, basalt stones of volcanic origin are used, which have absorbed the virgin fire of the earth’s interior, and for a cold one – pieces of marble mined in the Scandinavian countries. Hot massage has a cleansing effect, relaxes, enhances the body’s metabolic processes, soothes and restores mental balance, and improves blood circulation. The combination of hot and cold massage is used for anti-cellulite or anti-aging effect, skin tightening, silhouette modeling, prevention of varicose veins.

Stone therapy is often combined with energetic cleansing of the chakras – the seven energy centers of the body, each of which is important and is associated with one of the endocrine glands. The combination of certain semi-precious stones with energy centers helps to achieve harmony and balance between the physical and mental planes, increase the body’s energy, and get rid of depression. Seven stones are taken in various variations, one of them is hematite, carnelian, tiger’s eye, rose quartz, blue chalcedony, sodalite and amethyst.

Recently, stone therapy has been included in the complex health programs of the body, including, in addition to the massage itself, wrapping with special mineral-containing compounds, a hydromassage bath with mineral-basalt crystals and aromatic oils, and cleansing with mineral scrubs. Stone therapy has a wide range of positive effects, including:

treatment of migraines, headaches,
increasing muscle tone, treatment of joint pain
rejuvenation and firming effect for the skin
cleansing the body of toxins and toxins, eliminating edema
increased metabolism, increased immunity
regulation of the endocrine glands
regulation of the autonomic nervous system
insomnia treatment, normalization of the daily routine.
treatment of anorexia and bulimia, improving digestion
You can endlessly talk about the beneficial properties of stones and their positive healing effects, because each mineral has its own unique properties that can be useful to you in a given situation. Most gems affect several areas of the body at once, so if you are feeling unwell, then the energy of minerals is exactly the universal safe way that will help you get back in shape. The main thing is to make the right choice, and then the stone you have already purchased will take care of you and your health and good mood. Of course, it is impossible to describe in detail the healing and energetic properties of each stone and all the existing methods of treatment with gems in one article. Therefore, in the future, we will dwell on each of the above aspects of the use of minerals. If you are interested in any specific question related to the therapeutic effect of stones, then write to us – and we will be happy to answer all your questions in the following materials.

PrevPreviousRituals to attract money
NextNUMBER OF SOULS IN NUMEROLOGY: HOW TO FIND ITNext 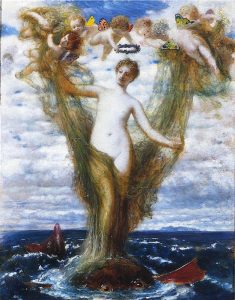 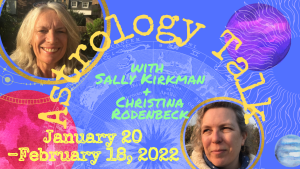