In the Circle of Descent* I mentioned in passing that the ritual might call the guardians, or it might not. I wanted to write a post about the guardians, but before I can explain them I should elaborate more on the primary classes of spirits for context.

*(I can’t believe I posted that a year ago. I really need to post more about the Starry Path)

The first class are the Pure Ones, sometimes just (more pretentiously) called the Pure. These are the spirits who descended from the stars, they were not born into physical forms, but forged their own. (I don’t under that process, at best I suspect if taken literally they made something analogous to a Body of Light, but I’m wary of taking anything they reveal too literally) They have touched our world, but in many ways they have not been touched by it. They were the first of the spirits to arrive. They are also the spirits who reside in the stars when you begin communicating with them. Not surprisingly, of all the classes of spirits they’re the least “earthly” in terms of focus and abilities. Scrying the spheres, and things like that, they’re great helping with that. Practical earthly things like jobs, money, and love, they’re not useful there.

The second class are the Ensouled. In the speech relayed by Tzotzorah that I posted earlier he mentions that some of the spirits died, that their forms could no longer sustain them. These were the Pure Ones, and those who decided to remain spirits are still the Pure Ones. But Tzotzorah called to the deceased and sang them back into life, into new bodies, reincarnating into (mostly) human forms. These former Pure Ones who reincarnated into the flesh are now the Ensouled. This process changed something, in their first incarnation they were something different, something special, but those who continued to reincarnate became more human in their form. Even those who only wore flesh once have been changed by this, they are not Pure Ones, but something different. Again, I do not understand the full process, and have trouble integrating some of it literally, but this is how the spirits have explained it. The Ensouled were born into human bodies, but something in them made the bodies more than human to deal with their nature. It wasn’t simply another species of soul born as a human, but their nature actually changed the human forms they were born into.  (This becomes a bit more confusing, because the Pure Ones are connected with specific stars, but so are the Ensouled. The Ensouled are not “in” the star anymore, so you can have the same spirit both Celestial and Earthbound, both Pure One and Ensouled.)

The last class are the First Born, or in some cases just the Children. The Ensouled were not quite human, but yet still human, and in some cases mated with humanity, but as the Ensouled weren’t exactly human, neither were their children, the First Born. Even within the Path the First Born seem to be a bit of a mystery. The Pure Ones were the spirits who descended and forged themselves bodies, the Ensouled were those spirits who incarnated into humanity, the First Born are the children of the Ensouled but what their spirit is is unclear. Their souls were not just Ensouled incarnating again, their souls were something else, from somewhere else. I don’t know if the spirits don’t know, or if they don’t think I’m ready to know or something, but they will not tell me the origin of the spirits of the First Born. So while the Children are a specific class of spirits on the Path, even the spirits of the Path don’t seem to know who or what they are and where they came from. (I’ve also had it implied that a very few Pure actually mated with humanity, their children are also called First Born, but a little different from the rest)

It seems obvious to me that the three classes also represent layers of subtlety and physicality. The Pure Ones are pure spirit, the Ensouled are spirit entering matter, and the First Born are even more physically oriented, or closer to matter. This also serves as a good guideline on which class of spirit should be called for what intent; more physical oriented magick is the domain of the First Born, while purely spiritual/energetic/astral magick is of the Pure Ones, that which lies between belongs to the Ensouled.

The First Born continued to mate with humanity, but only they were unique. Their children were more human than them, but still carried their blood. This is clearly analogous to the angelic bloodlines in some systems, the witchblood of some traditions, the continuation of heavenly blood in earthly forms, which in turn allow us to do our magick. Nothing unique, just a different coding of the mythos.

The Guardians of the Directions are the First Born. It makes sense that the mostly earthly of the spirits would be those that protect us on this level. Over the years I’ve been given two brief pieces from the spirits about the First Born and their role as Guardians. This is the type of text I mentioned that was written as close to verbatim as possible to what the spirits told me.

We made our pact with you long ago
Generations before history it was forged
In fire, iron, and blood
Our covenant is carried in your blood
You require no protection from us,
We are bound to peace.
You call our Children to protect the space from outside
And to focus our gaze within

You can see in both cases, they don’t just guard the spaces, they can serve as conduits for connecting us with the Pure Ones or the Ensouled.

There are six directional guardians. Despite being First Born, their forms don’t necessarily seem totally (or remotely) human, this is just a depiction of their spirit, not their form on Earth. I will introduce more about them in a later post, but for now needed to set the stage, so to speak, so people could understand the context of these spirits.

PrevPreviousHow She Came to the Earth, and Returned to the Darkness
NextSafe and Solid: the June Solstice (6/20/21) and the Capricorn Full Moon (6/24/21)Next 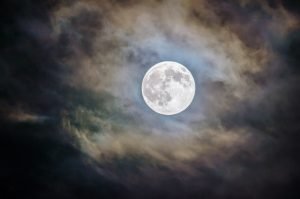