SUCCESS AND ITS SIGNS IN THE HOROSCOPE

Jupiter and Sagittarius bring good luck. Success is different from luck. We perceive good luck as something unexpected, an undeserved gift from higher powers. We see success as the result of hard work or something that we plan and strive for. There may be several factors in the chart that determine success in the horoscope.

INDICATORS OF SUCCESS IN THE HOROSCOPE

A good prerequisite for success is the presence of nodes in corner houses (1, 4, 7 and 10). I find that having a North or South Node in the 10th house is equally beneficial for success. It also seems to be a good idea to have nodes in the 1st and 7th houses. The seventh house indicates the patron saint, and when there is a knot in this house, it can promise many clients or deeds for a given person.

For example, a private practitioner depends on the number of patients and referrals. If there is one of the nodes in the seventh house, this may be the promise of auspicious patronage. When the knots representing the points of destiny are in the corner houses, success is bound to come.

If a client has a North Node in the 10th house, they are destined for a great career. Often my clients have had great professional careers without effort on their part. This is the most interesting thing to observe. It seems that they are always in the right place at the right time, and their career success is achieved without much effort on their part.

I believe that none of these influences impede success. I have found that clients who have the North Node in the 10th house and the South Node in the 4th do not have to have the drive or desire to build their careers at all costs. In past lives, they were invisible people, they led a home life.

They know how to build a house and start a family, but they are less attracted to building a career. However, if they nevertheless come out “in the people”, then everything will turn out very well for them, because a brilliant career has been written in their family. Of course, I’m talking about intact nodes with good aspects.

I can tell you an amazing story about one client whose North Node is in the 10th house and the South Node is in the 4th. He married a woman who had already made a brilliant career. His wife traveled a lot, and he enjoyed staying at home and doing many household chores, such as looking after the children and the house.

He was a lawyer, but he really didn’t like practicing law. He started a real estate company and his wife supported him. With Uranus in the first house and the Moon in Libra, this gentleman has a fair amount of charisma and charm. He soon became a superstar, a multimillionaire. He made great strides.

The South Node shows that a person knows how to live, and the North Node is what he needs to know. The secret is to achieve harmony between them. Therefore, in cases where people in the tenth house have a South Node, they instinctively know how they need to make a career for themselves. At other times in their lives, these people may have made their careers their main task.

Now they are required to have a good home and to lead a family life as well. This is why they came to this world, but they do not want to spend all their time at home. They really want to go outside the home to pursue a career for themselves because they love it. However, in times like these, they are destined to create a home and family in addition to building an excellent career.

In a threatening situation, people retreat to their South Node. When they feel that they cannot cope with the stressful situation, they return to the style of behavior that is familiar to them and is natural for them.

For many years, a clergyman has been my client. His North Node was in his 10th house, and his South Node was in the 4th. All doors swung open easily in front of him, he did very useful things and really began to ascend up the ranks of the church hierarchy. Then a scandal broke out in his church that did not affect him, but he was really outraged and upset by this incident.

When he came for a consultation, I said: “I know what you did, you ran to hide home, didn’t you?”. And he said, “Yes.” He just dropped everything and returned to his hometown and stayed there for a couple of months. When his career was threatened (the North Node in the tenth house), he rushed to his home (the South Node in the fourth house), where he was calm and comfortable.

I said, “You know, you can only stay there for a short period of time. You will have to go back to your professional life, because eventually you will become a bishop or something like that, whether you like it or not. ” He is back. I don’t know if he became a bishop, but the last thing that came to me about him concerned his great success in church affairs. It is clear that his family was written to make a wonderful career in the church.

A sun, Jupiter, North Node or South Node with good aspects in the tenth house can make a successful career much easier. Case Study: Ron Howard. Born March 1, 1954 / 9:30 a.m. CST in Del City, Oklahoma, Ron Howard has both his North Node and his Moon in the 10th house in Capricorn.

His Moon forms a Tau-square from the tenth house, being in opposition to Uranus and in square with Neptune. This cardinal Tau square gives it drive and ambition. Uranus is also included in the Great Water Trine, which gives him a great creative spirit. The distances between the planets in this Great Water Trine are very large, but I believe that this is for the benefit of man.

I have often found that when the planets in the Great Water Trine are very close to each other, a person has significant creative abilities, but seems to be too self-sufficient emotionally.

The ruler of the tenth house can be very active and provide such people with many opportunities to achieve career goals.

One of the aspects that I constantly observe with success is the Moon in a harmonious aspect with Venus, which means public acceptance and love. I have noticed that this is an essential aspect for celebrities because it contributes greatly to public acceptance. I also found that the Moon trine Jupiter in a similar way. 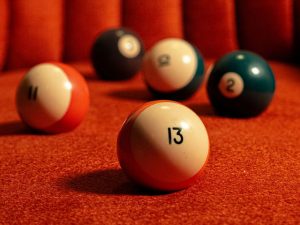