WHAT IS NUMEROLOGY AND HOW NUMBERS AFFECT PEOPLE

The most that is now known to the population about this respected ancient Greek fits into one phrase: “Pythagorean pants are equal on all sides.” The authors of this tease are clearly separated from Pythagoras for centuries, otherwise they would not dare to tease. Because Pythagoras is not at all the square of the hypotenuse, equal to the sum of the squares of the legs. This is the famous philosopher who created numerology.

THE HISTORY OF THE CREATION OF NUMEROLOGY

The birth of Pythagoras was predicted to his parents in the temple of the god Apollo in Delphi. The Oracle, a soothsayer who spoke on behalf of Apollo, announced to them that they would have a son who would surpass other people in beauty and wisdom and would do much useful for humanity. The pope of the future philosopher believed in the prophecy so much that, after waiting for the birth of the predicted son (it was in the 6th century BC), he named him Pythagoras in honor of Pythia.

Pythagoras devoted himself to studying how the universe works. For this purpose, he traveled a lot. He studied with the Greek sages and Egyptian priests, who, as they say, already knew then that the Earth is round, and the planets revolve around the Sun, but kept silent about it. He even visited India, and upon his return settled in the city of Crotone in southern Italy and founded a school of philosophers there.

Actually, he was the first and gave the name to his kind of activity. The word “philosopher” as well as the word “cosmos” came to us from Pythagoras. There is a lot of space in his philosophy. He argued that to understand God, man and nature, one must study mathematics, music and astronomy. He taught that in the Universe everything is connected with everything, everything is related to everything and is created in the likeness of God. He was a supporter of the doctrine of the transmigration of souls, that is, he believed that the soul does not die with the body, but after a while it moves into a new one – it incarnates. He himself remembered his four previous incarnations.

Pythagoras was the first to discover that with the help of music and color, ailments can be cured. He also managed to heal people by reading them poems from Homer’s Iliad and Odyssey (not to mention the fact that he knew the healing properties of a huge number of plants). The great Greek lived for almost a hundred years, and his strength did not diminish with age. At 60, Pythagoras married one of his students, and they had seven children. Perhaps the famous philosopher would have lived longer if not for his enemies. According to legend, the man, whom Pythagoras refused to accept as a student, raised the townspeople against him, and the school was destroyed. The teacher himself fled and died in exile.

Pythagoras did not leave behind a collected works, as did many other philosophers. He kept his teaching secret and passed it on to his students orally so that it would not fall into the hands of ignorant people. But some knowledge still managed to seep into the centuries. If they also penetrated the school curriculum in mathematics, then perhaps the study of this subject would finally make sense.

The closest to Pythagoras are not those overgrown schoolchildren who are taught integrals and sines with cosines, but the “smallest” ones who master arithmetic. It was her that the Pythagoreans considered the basis of all mathematical sciences. Many would be pleased to know, for example, that if geometry were eliminated, arithmetic would not suffer from this in the least, and vice versa, geometry could not exist without arithmetic. (So ​​the question is whether you need to complicate your life with all sorts of theorems and logarithms!)

Pythagorean arithmetic is good because there is no need to bother with large numbers. The main thing in it is the numbers from one to nine inclusive, called prime. As cumbersome as a mathematician would depict on a blackboard, it can easily be reduced to one of the prime numbers. Let’s say 331. We do this: 3 + 3 + 1 = 7. With the number 4529, the procedure will be more complicated: 4 + 5 + 2 + 9 = 20. The number 20 is outside the series of prime numbers. Therefore, we drive it there as follows: 2 + 0 = 2.

The Pythagoreans treated numbers with trepidation, because they believed that with their help the Universe was created. They got it to the point that the numbers were assigned the sex: even – female, and odd – male. Disagreements in this sense were caused by the unit, which was associated with the One – God. Some considered this number to be masculine, because if you add it to an even number, you get an odd one. Others objected that if you add one to an odd number, it becomes even, which means it becomes feminine. Somehow they agreed that it is even and odd at the same time. When the Pythagoreans, according to the custom of ancient times, brought offerings to higher powers, an odd number of objects were allocated to the gods, and an even number to the goddesses.

THE SIGNIFICANCE OF NUMBERS IN NUMEROLOGY

Prime numbers were not for adherents of the Pythagorean doctrine only material for the four actions of arithmetic. They had a hidden meaning.

1 – the number of energy, action, reason (because it is at the beginning), goal achievement (in their own interests).

2 – the number of opposites, polarities, such as day and night, good and evil, boy and girl … Depending on the situation, opposites can conflict – argue and compete or complement each other, maintaining a state of balance.

3– was presented as a number that unites past, present and future. People who know how to arrange their present, foreseeing the future and using the experience of the past, are wise, and therefore the Pythagoreans associated the three with wisdom. At the same time, this is the number of knowledge, since music, mathematics and astronomy – the three whales of knowledge of the world – just formed a triad. In addition, three is the number of balance, peace and friendship.

4 – four cardinal points, four seasons, four elements – fire, earth, water and air, that is, the basis of everything, that which was reliable, was, is and will always be. For this, the Pythagoreans highly respected the four. But their followers, agreeing with the stability of the four (the square is the most stable geometric figure), came to the conclusion that this number is “no flight”, since it is too connected with earthly affairs. Subsequently, the cross (which has four sides) became a symbol of the Earth and everything material, that is, that which can be touched, sniffed and tasted.

5 is a number that allows you to break away from the usual course of things, take a chance, experience an adventure. The five-pointed star, or pentagram, was a magical sign. The Pythagoreans also loved her: for them, she was a sacred symbol of light, health and vitality.

6 is the number the Pythagoreans called “perfection” and “harmony”. It is also associated with health and balance (since it consists of two triplets).

7 – this number is associated with seven colors of the rainbow, seven notes of the scale, seven planets known to the ancient Greeks – that is, extraordinary phenomena. 7 – the number of chance, luck and revelation from above. 8 – for the Pythagoreans, this was a mysterious and sacred number associated with the Eleusinian Mysteries – an ancient Greek festival that was held every five years in the city of Eleusis in honor of the goddess Ceres and her daughter Persephone. It was not for everyone. What exactly happened on this holiday, knew only those who were allowed there – the initiates. (Pythagoras, by the way, was allowed.) In the modern version, eight is the number of material well-being and superstability (twice four).

9 is the number of a person, with all his shortcomings, since until the perfect number of Pythagoreans, 10, nine lacks one. Nine was a symbol of lawlessness, since behind it there is nothing but an infinite number

10. Subsequently, interpreters of numbers began to explain 9 as a number of success on the grounds that it is the largest of the prime numbers. 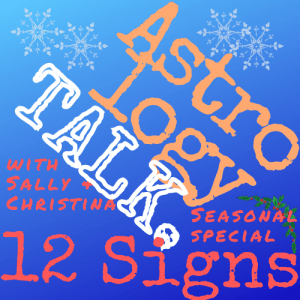 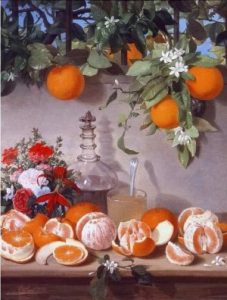